Prevent Swarming: Learn How to Split a Hive

Splitting your hive can be a nerve-wracking business. That’s alright. We’ve got you covered. Here’s how you go about doing one of the most important types of bee caretaking.

It’s important to note: while you could attempt this any time of year, I strongly recommend splitting in the springtime, preferably three months after the last freeze or two months after the first flower buds have popped up. Bees have the most resources available to them at this time and it will lower the stress of splitting. Keep reading to learn how to split like a seasoned pro.

How do you know if you need to split a hive? Take off your cover. Is your hive filled with bees? It should be. However, there is a distinct difference between full and too full. A hive that’s outgrown their area will swarm off to another spot – somewhere where they have more room – to relieve overcrowding. If your frames are full of brood, your bees are completely covering your frames, and there’s a million more outside you’re probably a little overstocked. This counts for hives that are honey bound, too. You can only stack your deeps so high. It’s time to split your hive.

You’re going to need a permanent, distinct location that’s usually quite a distance from the original hive. If you have a few acres, simply moving them from one side of the property to the other is often enough. Half a mile is ideal, if possible, if not further.

This kit includes everything you’ll need to house your split hive. Start with just one of the boxes, and in two weeks or so add the second.

You’ll need a new super, cover, and bottom board to get your new hive ready. Some people like to add a deep to the stack, too. That’s up to you, but I’ve found that too much new space can overwhelm the bees. I usually recommend a few weeks with a single super before you consider adding a deep. Have your new setup all prepped and ready before moving on to Step Three.

Open your overcrowded hive. Carefully, gently, remove one frame at a time.

Replace the frames that are going to remain with the old hive and fill in the missing ones with new/empty frames. As you do this, look for your queen. If your queen is laying poorly, you may wish to delay splitting the hive until a new queen is ready to go. In most cases, I recommend leaving the queen with the old hive, but this is ultimately up to you.

Place the brood-heavy frames in the new super and take it away, nurse bees and all! They have a job to do at their new location, and they’re ready to go.

When hives are split, uprisings may happen. Bees that were once fine with a queen whose laying was slowed, now find that she can’t keep up. If your old hive kills off your queen, simply make certain that they create a new one and that she is laying well.

In the new hive, hopefully quite a distance from the old one, a queen (or a few!) should appear within a few weeks. If she is not laying within five weeks of the hive split, you may need to requeen the split hive. It is possible that a problem has occurred during the split. Always be ready to requeen. Though in most cases, hives do incredibly well at splitting and continue to thrive, you just never know.

Continue to monitor the new hives over the next few months. Incredibly well-populated hives may need to be split two, three, or even four times. It is best to prepare for this over your first winter. If you have a mild winter or your hive is doing particularly well, you are likely to open the hive to an incredible number of bees once the snow melts. And that’s when you know you need to split, repeating the steps in this helpful little guide.

After splitting a hive, continued maintenance is precisely the same as your original hive. You add supers or deeps (as you prefer) to your hive, continuing to give them room to create honey for you and little ones for the hive. What if you find yourself with a towering stack and just too many bees in the mix? Well, now you know what to do. Good luck, and let us know how it goes in the comment section below.

Elizabeth is a military wife and author. She’s lived around the world, including fantastic destinations like Colorado and Washington state. Inspired by her in-laws, she began beekeeping in 2011 and has managed to keep it up throughout her many moves. Elizabeth is enthusiastic about sustainable living practices and teaches beekeeping classes at her farm in Georgia. 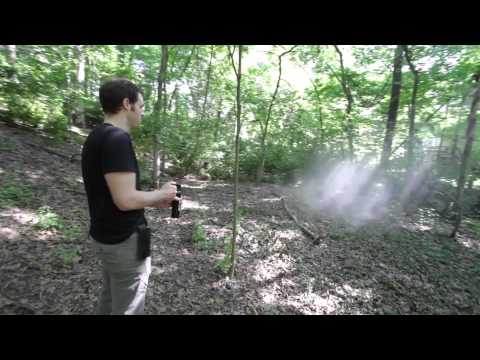 Find The Best Location For Beehives on Your Property