Shop at murdochs.com. Click to get into a new pair of Carhartt Force boxer briefs.

As a rule, men don’t speak about underwear. Certainly not our own, anyway.

We don’t chat over coffee or beers about the benefits of boxers versus briefs. If the conversation does occur, it’s more likely to be a one-sided exchange between a man and his wife or significant other… something like, “Here, you should wear these.”

Unfortunately, the fashion choices our loving ladies make for us often result in serious chop-busting from the guys. A friend of mine showed up at our gym one afternoon in silk boxers his wife had purchased for Christmas. Let’s just say it only happened once.

The invention of boxer briefs has solved this dilemma. The brilliance of boxer briefs is: they’re both comfortable and, so I’m told, attractive. As we know from having often been told, fellas, we’re not so great at bringing fashion and utility together. Boxer briefs do this for us. Done and done.

Boxer briefs aren’t new; they have been popular since the 1990’s when designer John Varvatos cut off a pair of long johns and thought he’d discovered something cool. Designing for Calvin Klein at the time, Varvatos soon saw his creation become world famous in ads featuring Mark Wahlberg.

Granted, it took some time before the boxer brief went from high-gloss ads to everyday apparel. But guys came around eventually. Just when we thought the boxer brief revolution had become the status quo, along comes Carhartt with the re-revolution.

As usual, Carhartt has taken something men needed and already liked and they’ve made it bionic. So, it’s only appropriate that their new boxer briefs are part of the aptly named Carhartt Force line.

Billed as boxer briefs “designed for 12-hour workdays not 2-hour workouts,” Carhartt’s boxers further offer wicking technology to usher away sweat. Their gusseted inseams provide comfort and easy movement while reinforcing their durability. Topping off all of these technologies is the tough and sporty design men have come to expect from Carhartt.

The riddles of fashion and utility solved, men can return to focusing on the work at hand. We’ve come a long way since the fig leaf, fellas. 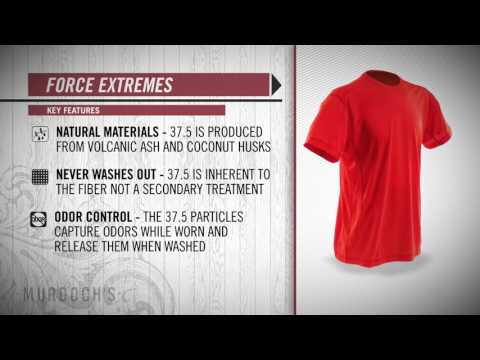